CES2020: ProjectUFO vs. Nintendo Switch and the Benefits of Competition

Revealed at the mega-popular Consumer Electronics Show, CES2020, Dell’s popular and notoriously known gaming brand, Alienware, revealed a concept model for a new portable gaming device dubbed as ‘Project UFO’ Gaming enthusiast around the world marveled at the news and images of the new device, excited to have a newer, and more innovative option to the handheld gaming world. Gaming and tech enthusiasts were quick to point out that the concept design of ProjectUFO carried similar resemblances to the ‘Nintendo Switch’ but was interested in seeing how this would perform as a direct form of business competition.

How Does Mako Design Define and Understand Business Competition?

One of the most interesting aspects of the new unveiling of Alienwares #ProjectUFO at CES2020 was the idea of how this new tech device will affect the market for handheld gaming. Tech and gaming fans are typically big fans of new options for gaming as gamers like to explore their options and discover new optimal ways of gaming that can enhance their experiences, so it goes without saying that the audiences that appeal the most to tech and gaming are always looking forward to innovation and technological progress within the gaming market.

Thus, carrying this same observance about audiences, it’s apparent that no matter which market you fall under, your audiences will always be interested in experimenting, learning, and seeing newer ways to do the things they love or make their daily experiences or hobbies better. Therefore, what counts as business competition is the introduction of a new product or service that performs or provides to your audiences a similar service or experiences as your own product. Although it may seem that direct business competition can exist as a block between growing your business and appealing to your audiences, there is a lot more you can learn from having competitors than not. 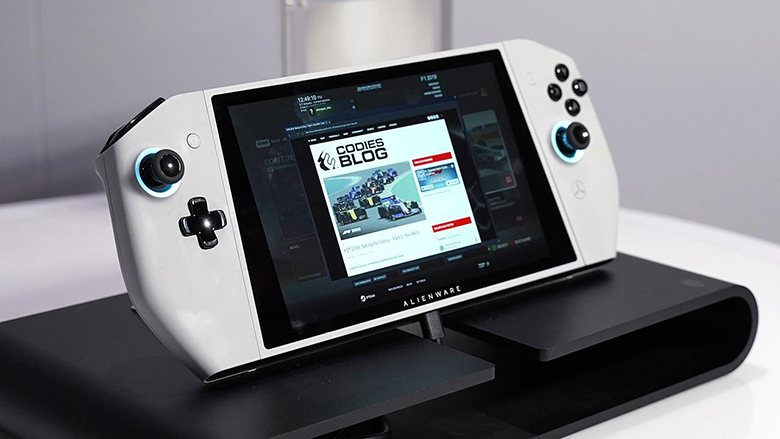 Learn from the CES2020 Alienware ProjectUFO vs. The Nintendo Switch Business Competition

Observing Alienwares newest reveal of a concept gaming device, ProjectUFO, revealed at the Las Vegas CES2020 show, gamers around the world were curious and interested in the proposition of a new gaming device. One of the main reason why so much attention was brought to the new concept gaming design was mainly the similar resemblance in design to the Nintendo Switch.

The unveiling and release of the Nintendo Switch was a huge progress in handheld gaming that a lot of gaming enthusiast hasn’t experience in a while as a larger file and higher quality games were able to fit in a portable device that players can take anywhere. Since then, gaming companies have followed in observing the Nintendo Switch’s performance and how gaming audiences have enjoyed their experiences with the device (or not). Thus, Alienwares concept design, ProjectUFO, provides to gamers what they were missing from their experiences with the Nintendo Switch. It’s widely known that Nintendo branded devices only release games under Nintendo branded games such as Super Mario, Legend of Zelda and Smash Bros. What this means for the gaming community is that there is only a select amount of games that are available to play on the device, making the options more limited. 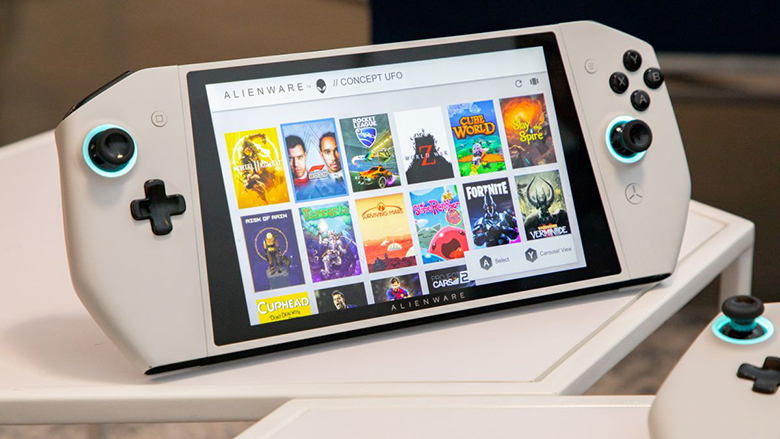 With the release of a PC optimized gaming devices, games that are popularly played on PC devices become available on a portable, handheld device. However, some major drawbacks to the new device as reported from tech fans live from CES2020 mentioned that because of the need for the device to be able to play high-quality graphics the device is stagnantly more heavy than its counterpart from Nintendo, meaning that it could equally be just as expensive. However, the new device does feature the ability for tabletop play and USB-C ports to attach keyboards, mouse’s and more, acting almost like a portable PC.

Since Alienwares ProjectUFO is still essentially just a concept design not much has been revealed about its initial design concept inspiration, but it is assumed that it could be garnered inspiration from the design of Nintendo switch, which could lead to some direct business competition and comparison from eager gaming fans who are interested in trying out the device. There are no concrete dates in terms of pricing and projected release dates, but the initial CES2020 reaction from the tech and gaming community is enough for Alienware to weigh out their options on whether Project UFO is a gaming system that could be profitable or successful for them in the future.

The Benefits of Business Competition

Having business competition is not always something to fear, as competition can actually work out for you and your business more beneficially than you think. Here three main benefits of competition for your business and ways that you can gain more from having a competitor than not.

One major aspect of business owners or home inventors is that after all the initial effort put into finally creating the first version of their product, they can become stuck on the initial design of their first product. Prototyping is an important phase within product design and creation, but it is important to still explore the possibilities of further product design and prototyping for your product even after the release of your first product. Having direct business competition to your product or business can help make you look back and reflect on what you currently have to offer your audiences. If your competitor has a hand up in offering a certain feature or capability that your product doesn’t, then maybe this could be a good opportunity for you to redesign and reconceptualize what your product can offer in terms of functionality and design so that you are always offering more for your audiences. 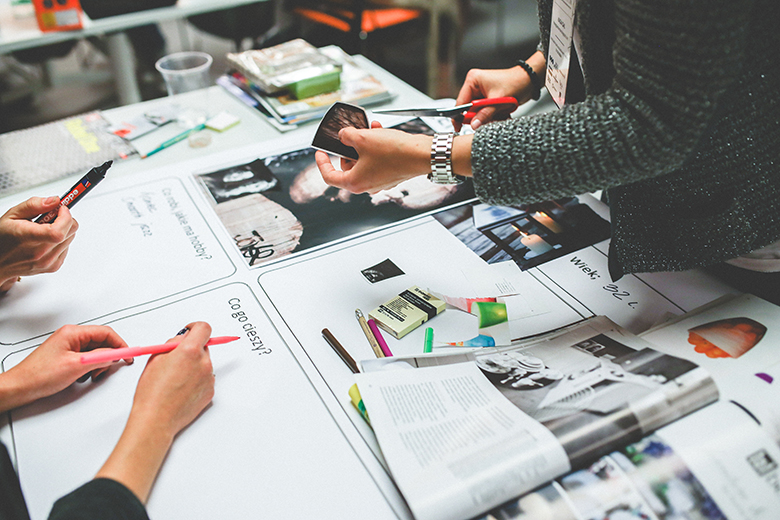 2. Remodel Your Business for Better Results

One of the most challenging parts about having business competition is the possibility of being compared. Although it may seem detrimental to your business to be constantly compared to a competitor, comparison leaves rooms for seeing ways in which your own business can improve. By observing the strategic ways in which your competitors reach out to your audiences and market their products or services, you can see how their strategies perform and make a comparison to the methods in which you market your business, service, or product. In this way, not only do you apply and bring in new methods to your outreach methods, but you also get the chance to remodel your business and marketing efforts for better results that will perform better.