Mako Design Starring on the 4th Season of Make48!

If you’ve following Mako Design for a while, you should know we love to stay involved within the creative and design communities in order to inspire and motivate others all about the world of innovation and design. A popular program and show that we look forward to sponsoring every year is the amazing invention show Make48! Mako Design is proud to announce that we have just finished working with the Make48 team once again for their fourth season! For our Texas office where we offer the best Austin product development services, our designer of strategy, Tim Uys played a major part in being on Make48 to help provide his extensive knowledge and expertise in product design and bringing inventions to reality. Our CEO, Kevin Mako, also attended this year Make48’s events and presented an inspiring and informative speech all about bringing ideas to store shelves and how to navigate the product development process with the best practices possible. 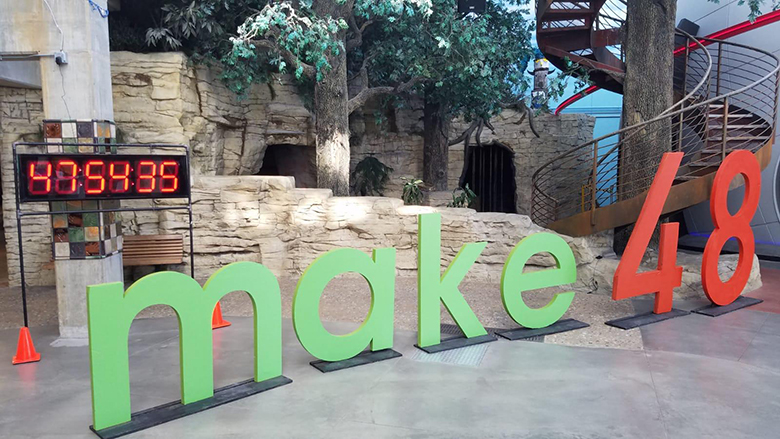 The latest set of Make48!

Make48 is an invention show competition that encourages young inventors to take part in a real-life challenge of taking a product from a simple napkin design to store shelves. The show’s structure is filmed in a documentary style. The shows’ premise introduces multiple teams comprised of young inventors from across the nation and are given product challenges. The teams must then build their inventions from simple napkin design to a product that can be sold of store shelves. After designing the product, the teams will present the product in front of the panel of judges with a website or video – all within 48 hours. The top teams who win and impress the panel of judges win the opportunity to keep their intellectual property, acquire a license agreement and have their product go to market. We are proud as an Austin product development service and agency to be able to a part of this amazing TV program and support their efforts in encouraging innovation and design for youth across North America. 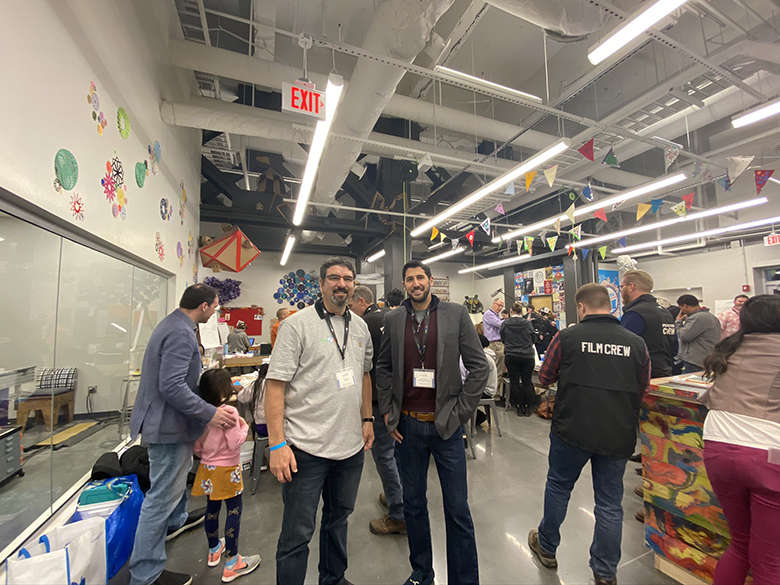 Our Director of Design, Tim Uys, and CEO, Kevin Mako, behind the scenes of Make48!

After the excitement of getting to film with the Make48 team for their fourth season, Tim was ready to come back to the Mako office from Kansas City to share with the team all about his latest experience in filming for Make48! For this season, Tim was excited to use his Austin product development services to help play a larger role in assisting and guiding the younger participants in their work for creating 3D parts, prototyping, and general mechanical help for creating their invention ideas.

As this is Tim’s third time filming with the Make48 team, a huge takeaway that Tim had was how much more over the past years that the Make48 team and show has progressively evolved! The production and overall quality of filming and preparation has greatly improved and Tim found that it was more efficient for the contestants to create their invention ideas given that they were given notice and idea beforehand on the type of product they will be creating, whereas past seasons left the contestants with less time to create their idea after the announcement of the theme. Tim was glad to see that the participants had more time to think through their ideas and come up with a greater plan to create, execute and present their inventions to the judges, given the extra time they had.

Overall, from his extensive experiences in offering Austin product development services, Tim found that he was more immersed in the show and competition as he had more information and knowledge to offer to the teams and that he was involved more in the start to the end of the duration of filming and the show. The fourth season was interesting, exciting, well-planned, and overall a great experience that Tim, as well as the Mako team, enjoyed being apart of!

If you want to know more about Tim’s experiences filming with Make48 for their past experiences, check out former blogs! 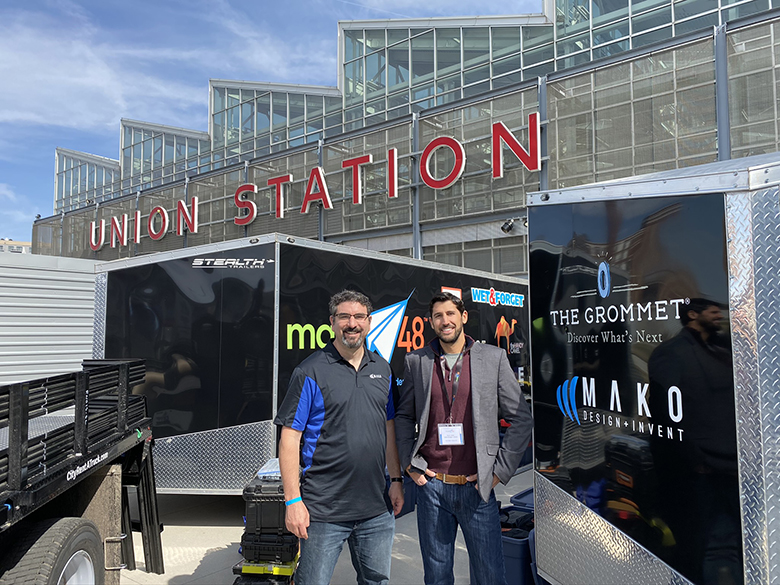 Outside the set of Make48!

Filming for Make48 was not only an enriching experience for the participants but also for those who attended or played a part in helping film. The event was a great opportunity to help inspire and educate one another on the importance that invention and innovation bring to the world, and how it brings us together to help one another. From his years of experience in the product development and innovation field, our CEO, Kevin Mako, delivered an inspiring speech at Make48 right before the final day of filming.

Kevin exemplified Make48 as a positive push towards helping to progress the invention and product development industry and applauded all the participants for their efforts in creating their exceptional inventions that were made during the competition (and that will soon be revealed in the upcoming season premiere!).  Kevin finished off his speech by encouraging the participants to keep their innovative spirits alive and to keep inventing as much as possible, emphasizing that their fresh and creative efforts are what help to keep pushing forward the design and product development industry further as a whole, and keep it alive. Check out the clip below for a snippet of his speech!

Our CEO, Kevin Mako, delivering a speech during the final filming day of Make 48!

The Mako team look forward to catching the latest season four premiere of Make48 on PBS and Amazon Prime Video in September. We can’t wait to see how our Austin product development services help out the talented participants in this year’s competition and to see who won for this year’s theme. We’re also excited to see Tim, as well as Mako up on the big screen! We’d like to send a special shout out the Make48 team for having us once more to be apart of the amazing experience and wish to express gratitude over how much of a genuine effort the team takes in making the show a great learning experience for designers, inventors, and youth across the nation.

Want to watch the past seasons of Make48? Check out their online episodes here!