The Nima Sensor: A Brilliant Invention Idea That Tests Food For Gluten

More than 3 million people in the U.S. are suffer from celiac disease or gluten intolerance, and if these people consume gluten, it will cause serious digestive issues. Unfortunately, 1 out of every 3 “gluten-free” items contain gluten. There is a major problem here, in need of a brilliant invention idea as a solution. Gluten-free aficionados, please meet Nima. 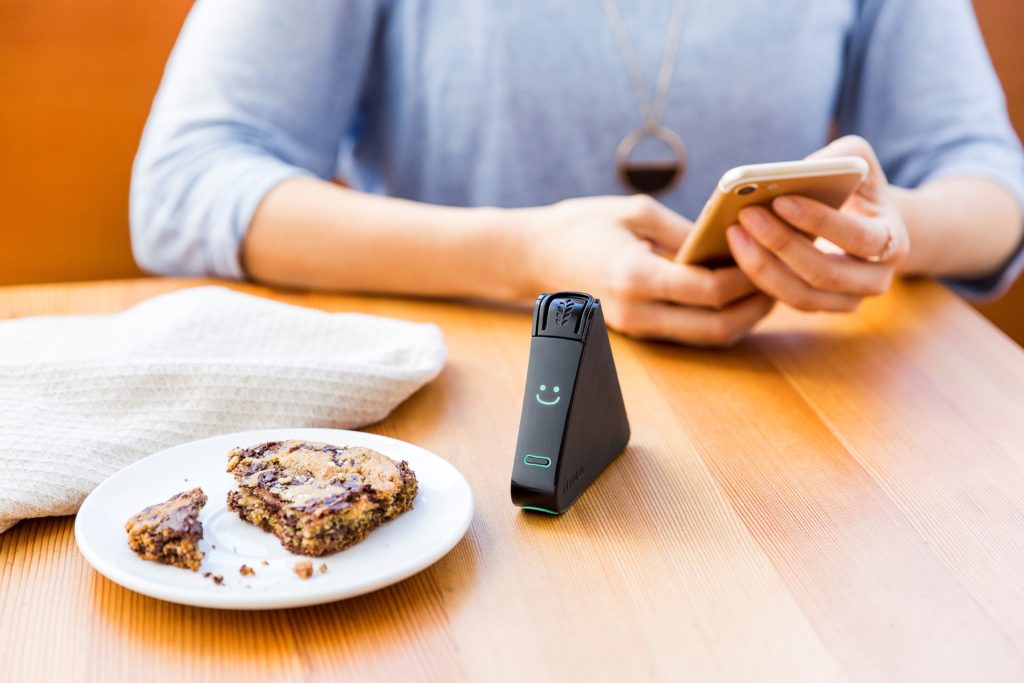 The Nima Sensor is the pocket-sized device that tells you in under 3 minutes if your food contains gluten.

The Pocket-Sized Invention Idea That Detects Gluten in Any Food

The Nima Sensor is an incredibly useful invention idea that been brought to life by Nima Labs. It’s a complex laboratory style test in an easy to use, portable device. All you need to do is take a small sample of your food, place it inside the device, and wait while it monitors for gluten. Nima is so sensitive, it will let you know if there is 20 parts per million or more of gluten in your food sample in about 3 minutes. The test capsules are pre-loaded with their unique chemistry so there is no cleaning, re-setting, or refilling required. You just grab a new capsule for each test! A simple smiley face or frown will appear to indicate the tests results.

The single-use Nima capsule that comes pre-loaded with the proprietary chemistry that detects gluten.

An Invention Idea with Huge Potential

San-Francisco based Nima has seen so much success with their portable food tester, they are pivoting this invention idea to create a new, but similar product. Nima Labs is developing sensors for peanuts and milk – two of the most common allergy triggers for the nearly 15 million Americans who suffer with food allergies. “These food allergies never existed when I went to high school,” says the 32-year-old Massachusetts Institute of Technology Sloan MBA graduate. “We’re seeing an increase in the prevalence of people with food allergies.”