We often say to our clients it’s the simplest inventions that see the most success. It’s the products that make you ask yourself, “Why didn’t I think of that?” that often fly off the shelves. With our inventor help, our latest client success story brought his idea to life and is now selling out his product with major retailers. 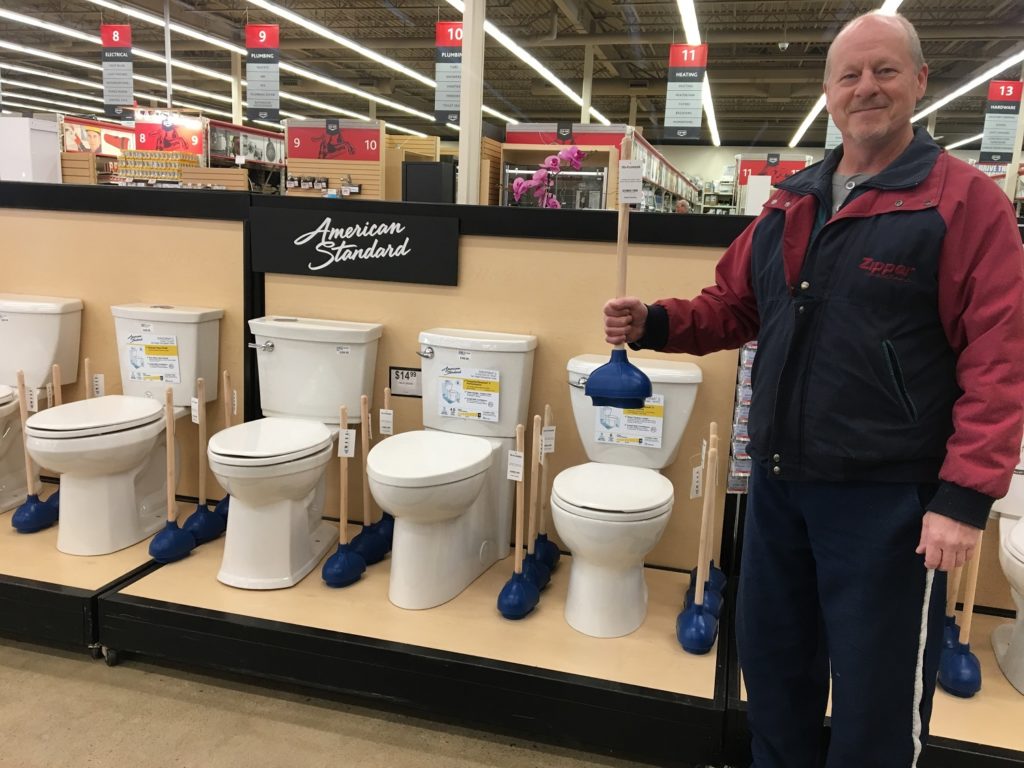 The Tri-Plunger: Where there’s a problem, there’s an invention to solve it

Working as a plumber for nearly a decade, Robert discovered a real problem in the industry. Newer toilets are now made with a triangular shaped hole at the bottom, while the older ones were circle shaped. However, plungers haven’t evolved to fit the new design still functioning with a circular head, which wouldn’t fit the hole, resulting in poor suction. Until now. MAKO’s inventor help allowed this plumber turned inventor to solve a problem he’d been battling for years. Now there’s a triangular plunger which perfectly fits modern toilet bowls, called the Tri-Plunger. 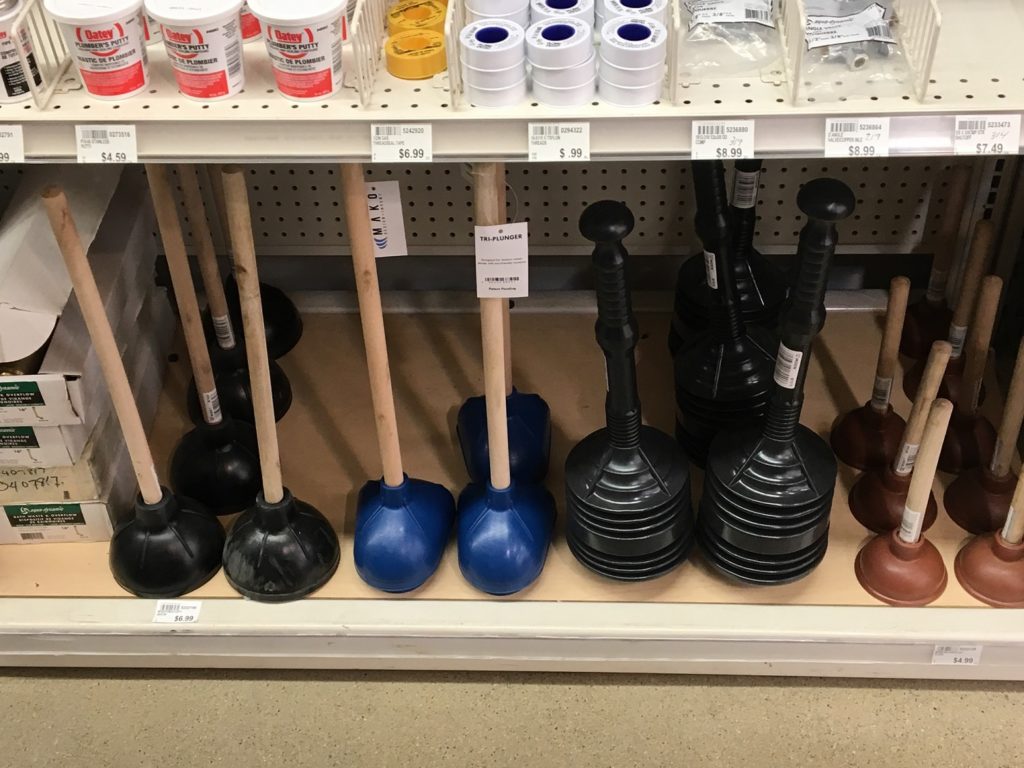 The Tri-Plunger on display at Co-Op Home Centre in Saskatoon.

Being his own salesman, the first stores Robert approached bought several boxes of this product. Retailing for $14.99, Robert has sold his product to Co-Op Home Centres in western Canada. They were so excited about Robert’s product that they also included signs on it that said “Proudly Made in Canada” and offered to put up signs that said, “Support Your Local Inventor!” After their original order, the Co-Op Home Centre ordered more from Robert and have almost sold out of their second shipment. With MAKO’s inventor help, Robert was able to achieve the inventing dream.

The Tri-Plunger has received such great feedback that there is already a second generation planned for production. The newest version will be made of a harder material able to withstand the extreme force and provide superior suction.

“The Project Managers and Designers have been really great to work with,” says Robert. “Throughout the process, from start to finish, they’ve been collaborative, and attentive, suggest excellent ideas and listening to my feedback. Th inventor help they provided made the whole process an amazing experience!”