After years of teaching overseas, her career brought her to a work function in Zurich, Switzerland where she struggled with trying to put on a two clasp bracelet from Tiffany & Co by herself. In this moment of frustration, she knew at some point she needed to make inventions that would solve this problem.

Fast forward to her meeting her husband, getting married, and having four children, Alison found herself in a panic raising four kids under the age of five. Her sister had happened to mention that there were companies out there that helped people to make inventions. This is when a lightbulb went off for Alison and she started calling a few companies in Toronto that could help, including MAKO.

What Alison loved about MAKO was that when she dialed the number, a real person picked up the phone willing to chat with her right away about how to make inventions. From this call, she eventually met up with someone to chat about her idea to make an invention that would solve the issue of putting on bracelets by yourself. MAKO agreed to work with Alison and bring her idea to life, and within about a year Alison had her prototype completed and in her hands!

Today Alison is in the stages of revising her prototype with MAKO and working on crushing it on her Kickstarter campaign for Clasp Magic, which launched May 8th, 2018.

We chatted with Alison about the complex design of Clasp Magic and the difficulties that the design team faced. She mentioned that the most difficult thing was to figure out how the same tool could work for both lobster clasps and ring clasps on bracelets, the pullback lever is located in completely different locations. We first solved the lobster clasp and then we finally came up with the idea of turning the ring clasps on their side. 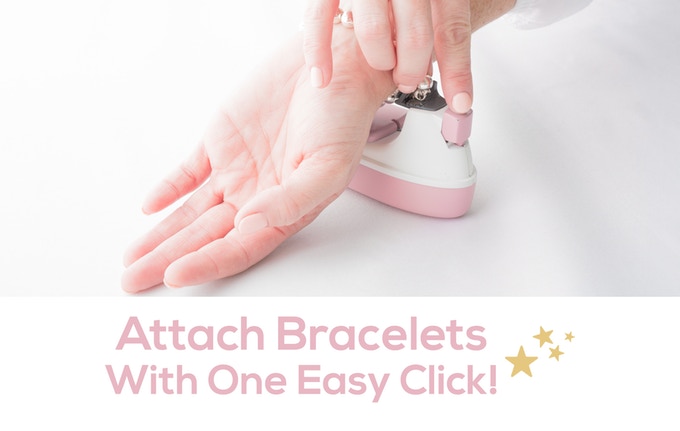 Alison Brett emphasized how she has never given up on her vision for Clasp Magic. Even with a newborn baby and two other toddlers at home, and one in her first year of kindergarten, Alison was still dedicated and determined to invent a product that solved an issue she had experienced time and time again while putting on jewelry.

As a busy mother of four, and little to no time to get herself ready in the morning, Alison has been avidly using her prototype and gone were the days of wasting several minutes trying to accessorize. The MAKO team can’t wait for the launch of the Kickstarter campaign on May 12th and we’re so happy to work with people like Alison to make inventions like hers. Stay tuned!

Celebrating National Engineers Week 2021!
Building the Founding Team: What are the Ideal Roles?
Using a SWOT Analysis to Validate Your Idea
The Ultimate Inventor’s Manual
Watch the Founders Funding Couch on Feb. 18 at 2:00 PM EST

Celebrating National Engineers Week 2021!
Building the Founding Team: What are the Ideal Roles?
Using a SWOT Analysis to Validate Your Idea
The Ultimate Inventor’s Manual
Watch the Founders Funding Couch on Feb. 18 at 2:00 PM EST