Every year, tech, design and innovation fans all over the world look forward to the annual and all-time popular convention – CES, also known as, as the consumer electronics show. Thousands across the world gather to discuss and ravel over the newest tech innovations brought from the leading tech and innovation companies from all over the world. The annual show provides the opportunity for innovators and tech fans to use and see the newest tech and innovative consumer product designs that are soon to be available to the consumer marketplace worldwide. CES typically brings in tech and innovations from a variety of fields and markets such as home appliances, mobile electronics, TVs, automotive, and gaming. For CES2020, we were lucky to have one of our Senior Product Strategist, Ryan Davidson, have attend the show and share with us all the amazing highlights and top products and innovations he was able to witness all within the show. Here are the Mako Designs’ team top highlights from CES2020!

The convenience and popularity of tablets have taken over consumer product design electronics with the popularity of the iPad and other portable tablets. Not only has the electronic innovation been great for consumers to be able to have a portable device in which they access the internet and play on mobile apps, but the tablets also serves as an innovative invention in which restaurants, schools, and even retail stores have used in order to give a more hassle-free experiences to its customers. With the popularity of tablets taking rise in electronics, innovators all over the world have worked on creating tablets with higher resolutions, and more functionality in the smallest portable electronic device possible.

At CES2020, Lenovo revealed a tablet that has been on the minds of tech fans for a couple of years, a foldable and bendable tablet. The appeal of the model is structured around creating an electronic device that can function as a laptop, where a keyboard is displayed on the bottom, or as if following the traditional layout for windows, a taskbar at the bottom of the screen and the rest of the screen at the top. The device will be best marketed towards students, and those within the tech, design, and business, field who need a more compact and less bulky device to carry along with them for work. 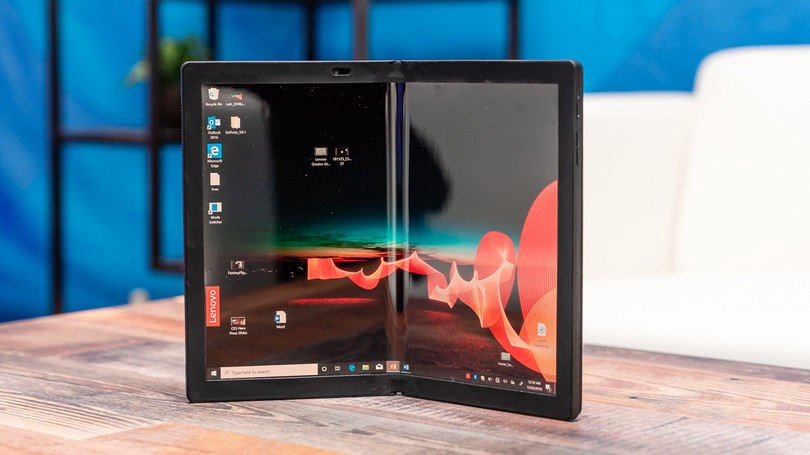 By far one of the most popular reveals that took place at CES2020 this year was Mercedes reveal of the avatar inspired VISION AVTR. The model of this futuristic car embodies the vision of Mercedes-Benz designers, engineers, and trend researchers for what they believe could be in store for mobility in the distant future. The car sports a translucent structure where the driver is also be seen and a sleek purple reflective outer shell with a luxury build where the interior and exterior design merge for a holistic build. Mercedes explains that giving the build and structure of the car, the car will be able to drive sideways in a “crab-movement”, giving it a reptile-like appearance. The whole car is designed with an innovative electric drive that is built with both a powerful and compact high-voltage battery. The car is able to recharge fully in 15 minutes and is designed to be exceptionally fast.

Hands down one of the most interesting aspects of the car are its “intuitive control” where the VISION AVTR responds to the approach of the passengers by visualizing the energy and information flow of the environment through digital neurons. The vehicle is able to recognize the driver by their breathing and creates a biometric connection with the driver, increasing its awareness of the environment. The car left a huge impression on innovation and automotive fans worldwide as they witness the possible future of where innovation, technology, and the automotive industry can excel and progress in the near future for drivers everywhere. Although not a consumer product design to marvel at, the uniqueness and extraordinary design was a huge topic and highlight for tech and automotive fans around the world.

Want to learn more about innovation in the automotive industry? Check out Mako Design at SEMA2019!

One of the biggest technological fields that people all over the world look forward to every year is the mobile electronic and smartphone field. Smartphones have drastically taken over the mobile electronic field as people have switched to smartphones as their main form of communication and electronic devices. Within the smartphone realm, it is well known that the two leaders in smartphone innovation are Apple and Samsung, and every year both companies go head to head to release the latest versions of their most iconic phones with the latest innovations for smartphone fans and users worldwide. In the case for Samsung, they revealed the newest editions of their most popular phone, the Galaxy Smartphone, Galaxy S10 Lite, and the Galaxy Note 10 Lite. Samsung and Android fans were excited to see the new features available on the newest editions of the phones in order to compare to its main competitor, the Apple iPhone. The Galaxy S10 lite and Note includes an impressive 48 mega-pixel camera, an AMOLED panel, and 4,5000mAh battery. Not many differences exist between both versions of the phones, but that the Note10 stays true to its model franchise by featuring a Note Pen perfect for a phone-tablet use. Most smartphone fans were extremely interested in the design of the new phones, reinstating the popularity of consumer product design. 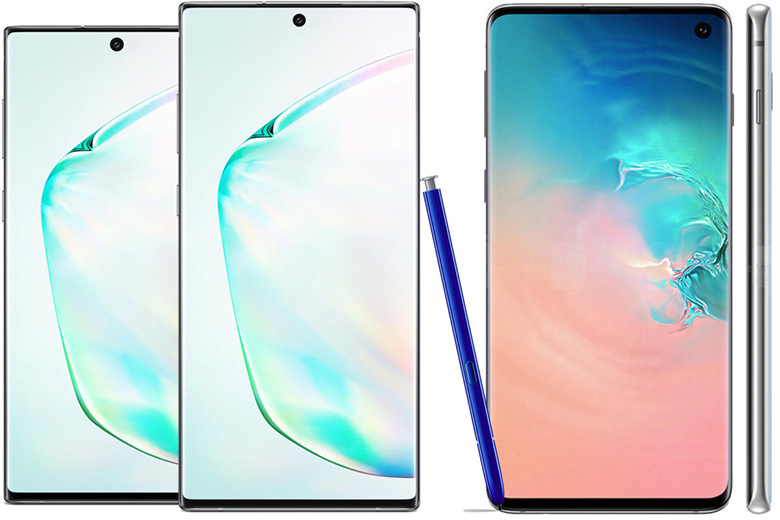 The inclusion of AI within home electronic devices has become increasingly popular as consumers are starting to relish in the convenience that comes with the hands-off experience of being able to control music, learn about their day, weather, news and google searches simply through asking their devices. With so much convenience that comes through having an AI device in your proximity, a lot of new innovations have begun to include ‘Alexa’ within their devices in order to allow their consumers more access and convenience to how they interact with their devices.

However, at CES2020 a new innovation was revealed to the public as what seems to be a regular showerhead – with an AI twist. Kohler – a manufacturing company specializing in plumbing and furniture products unveiled a new showerhead with an Alexa-enabled waterproof speaker. The Bluetooth speaker is made with the intent so that consumers can now shower and curate a playlist of their choosing, listen to news, and use Alexa in the many ways that she’s functions. The integration of Alexa in waterproof bathroom accessories is another interesting innovation brought to the electronic realm that made consumers and observers question the necessity of always have technologically integrated electronic devices even inside in the bathroom. Nonetheless, the new AI integrated device is certainly interesting and stood out among a tough and impressive list of innovative tech and gadgets at CES2020, as it revealed the future of where consumer product designs will lead us further on. 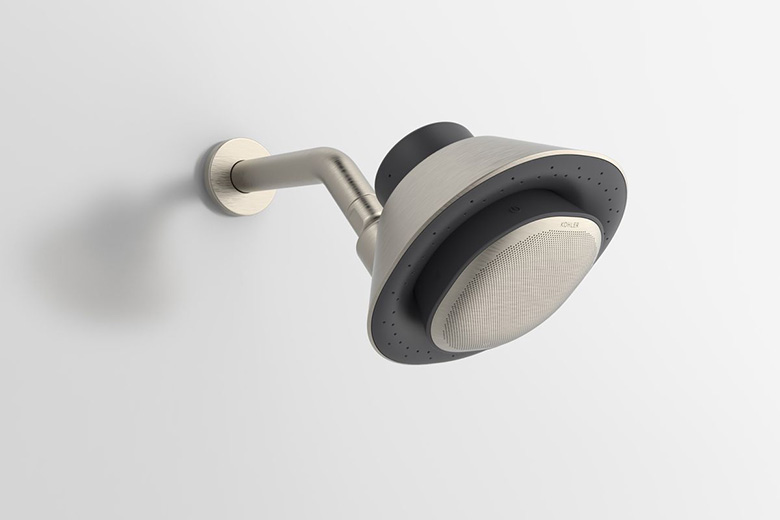 Sony Unveils the Latest Addition to the PlayStation Family at CES2020

Finally, awaiting many fans at CES2020 was the anticipation for one of the top most popular and leading video gaming companies in the world – Sony to release a hint or news of a new upcoming console system for video gaming fans all over the world. It’s not surprising that the Sony PlayStation is one of the top video gaming consoles amongst competitors Microsoft and Nintendo, but with an impressive list of Sony exclusive games and impressive graphics, video gaming fans all over the world have looked forward to the newest release of a bigger, more powerful, and better console than the current PlayStation 4.

Thus, at CES2020, fans were delighted to hear about confirmed details about the coming of the PlayStation 5, as well as a leaked image about what the future console will look like, the logo, and some ps5 accessories to accompany the big release. From what avid PlayStation fans have gathered, the newest console will have a 4K Blu-Ray drive, and support 8K video. With so much capability, there is the promise that the console itself will come with fast load times and large bandwidth capabilities in order to take on the huge graphic components of the console. The console will continue to carry Sony PlayStation sleek black design, staying true to their traditional consumer product design that they’ve kept for years. 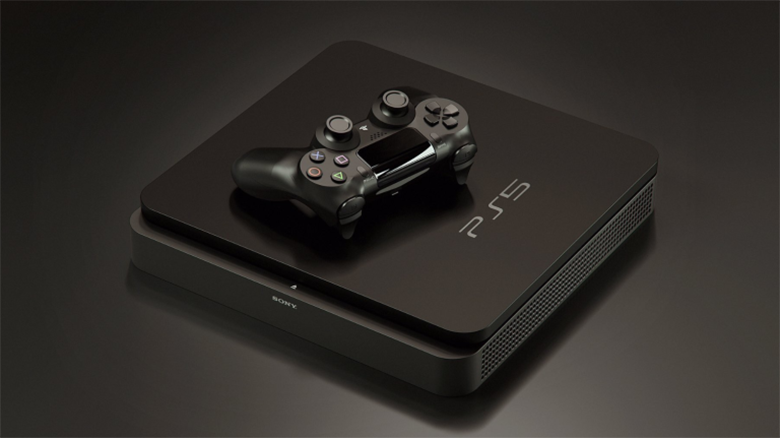